skip to main | skip to sidebar

Welcome to My Blog!! Where I tell you anything I want and you have every right to read it but please don't steal it. Unless you really, really want to! :)

I decided to try to do this again.  Slade is older now and is doing much better.  Our life is not as hectic as it was when he was first born! We aren't in doctors offices as often and he has been seizure free for 6 months!! I feel like we are finally becoming normal again!

So, on a happy note I will share some pictures of Slade!
Easter 2014 15 months old 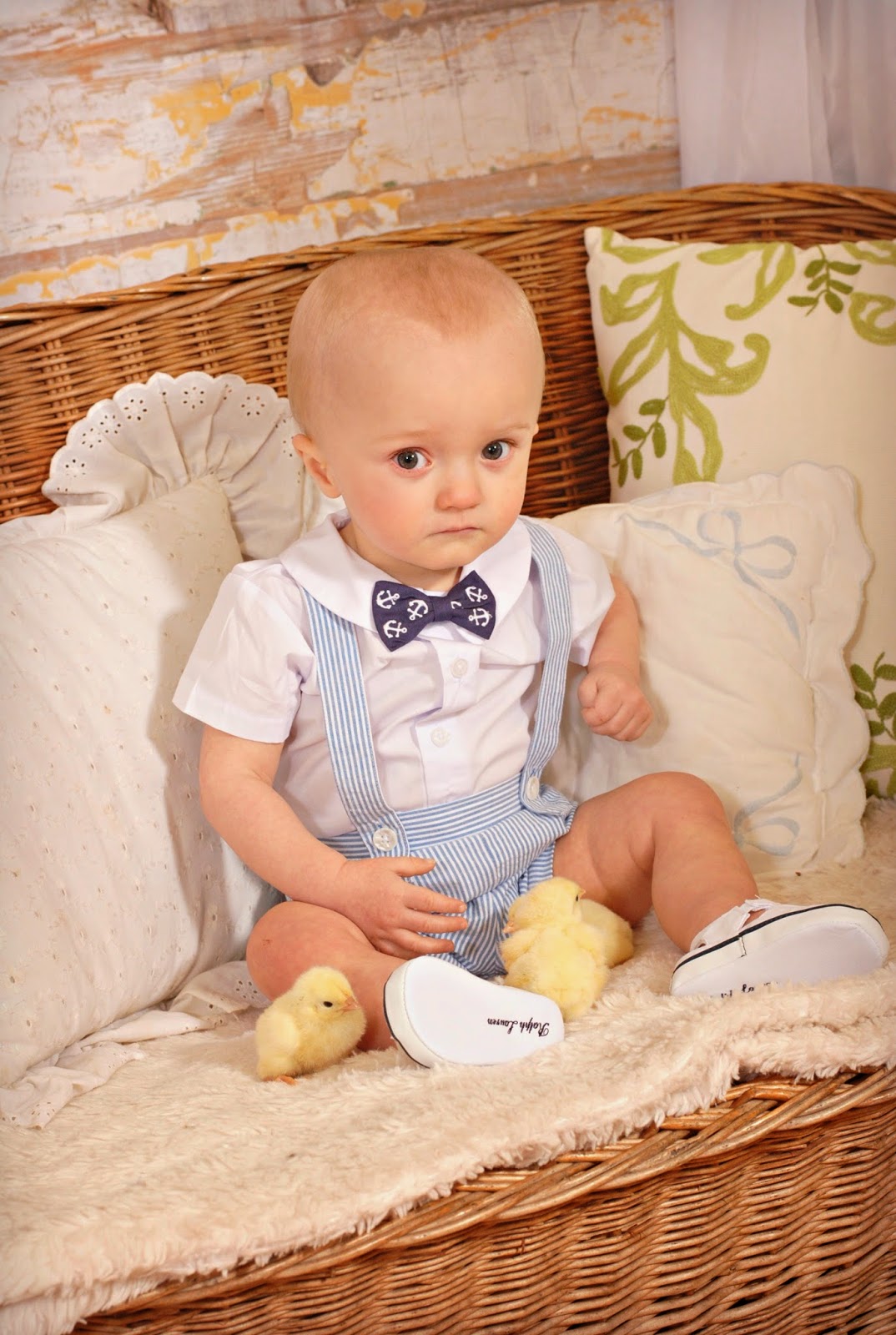 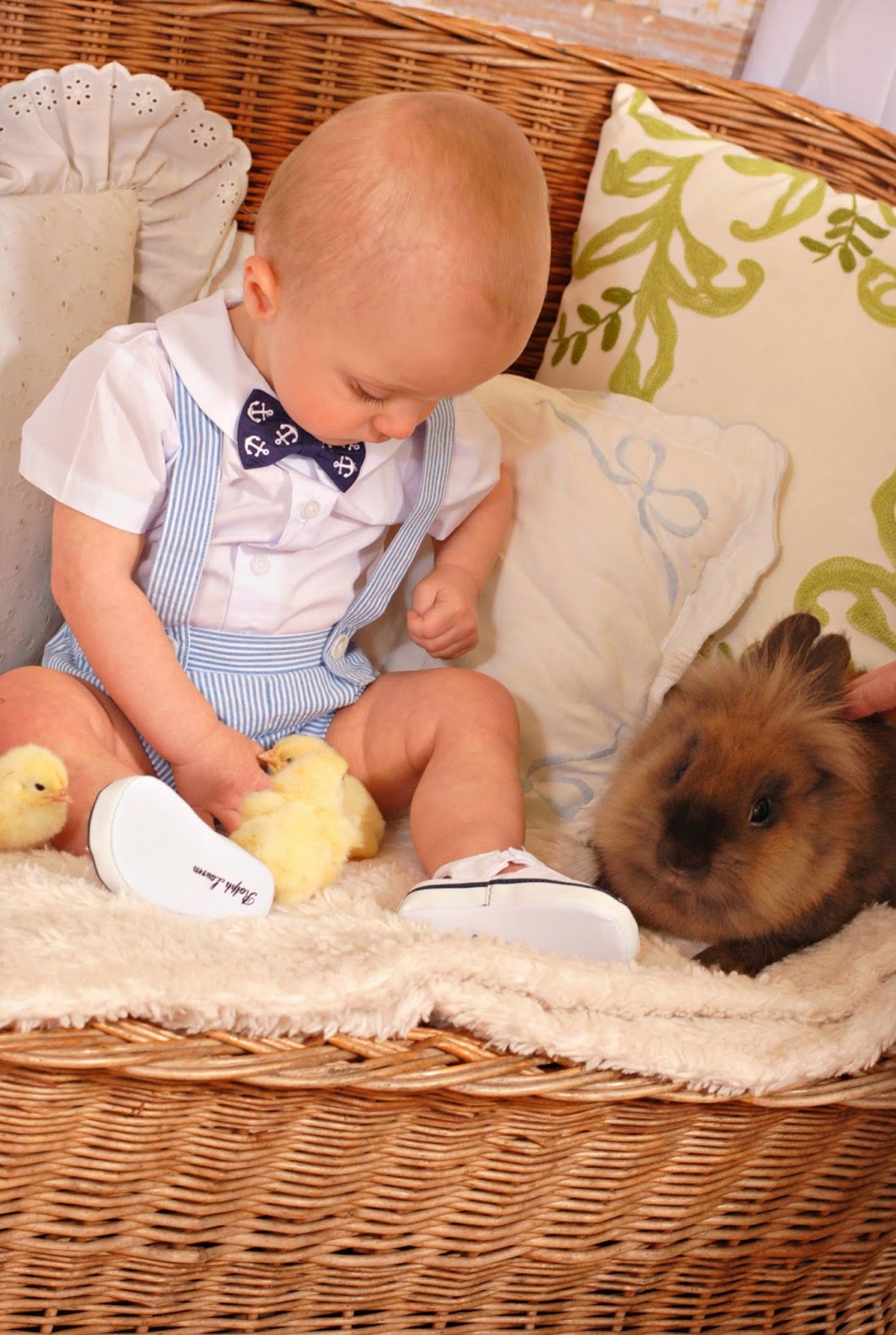 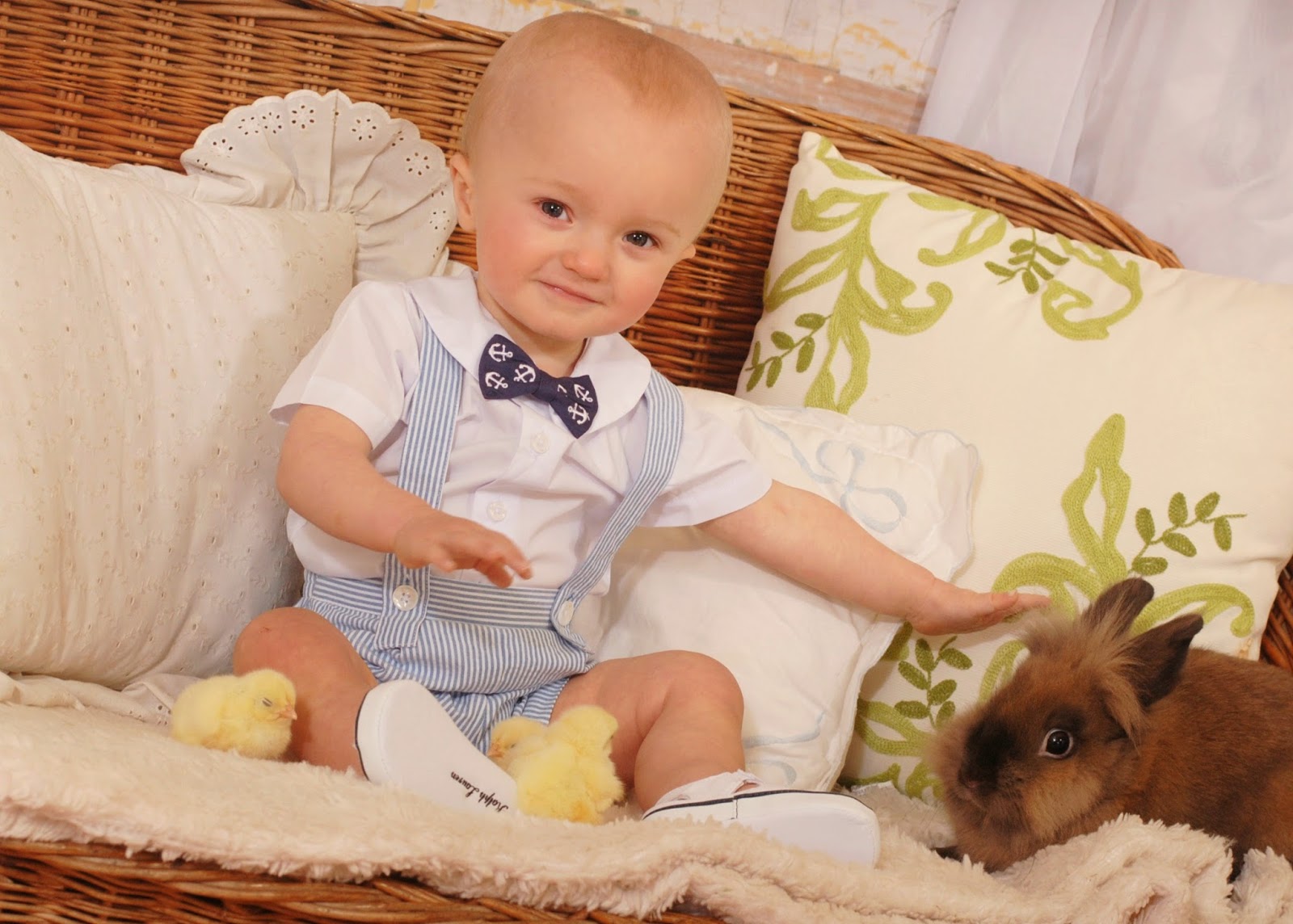 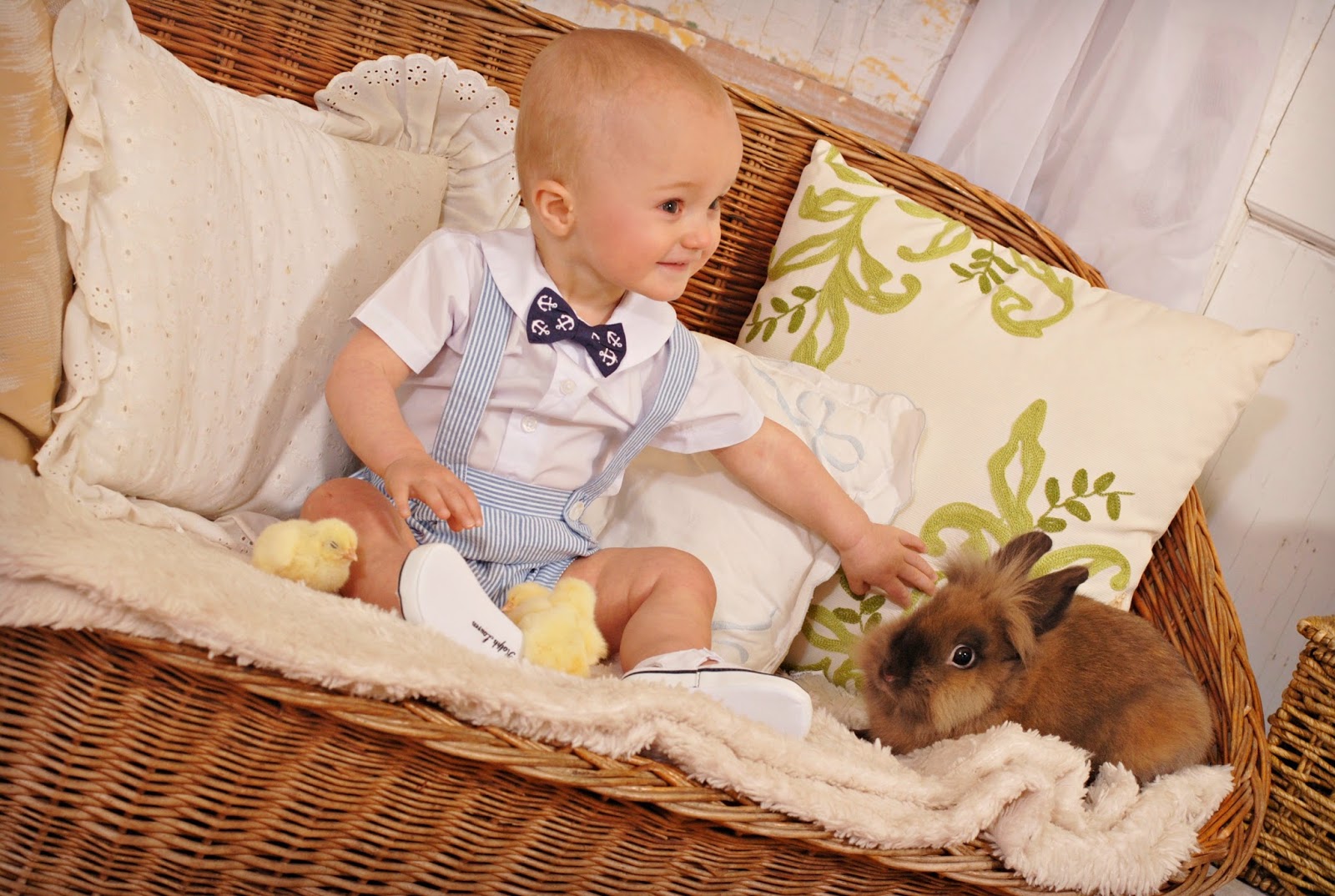 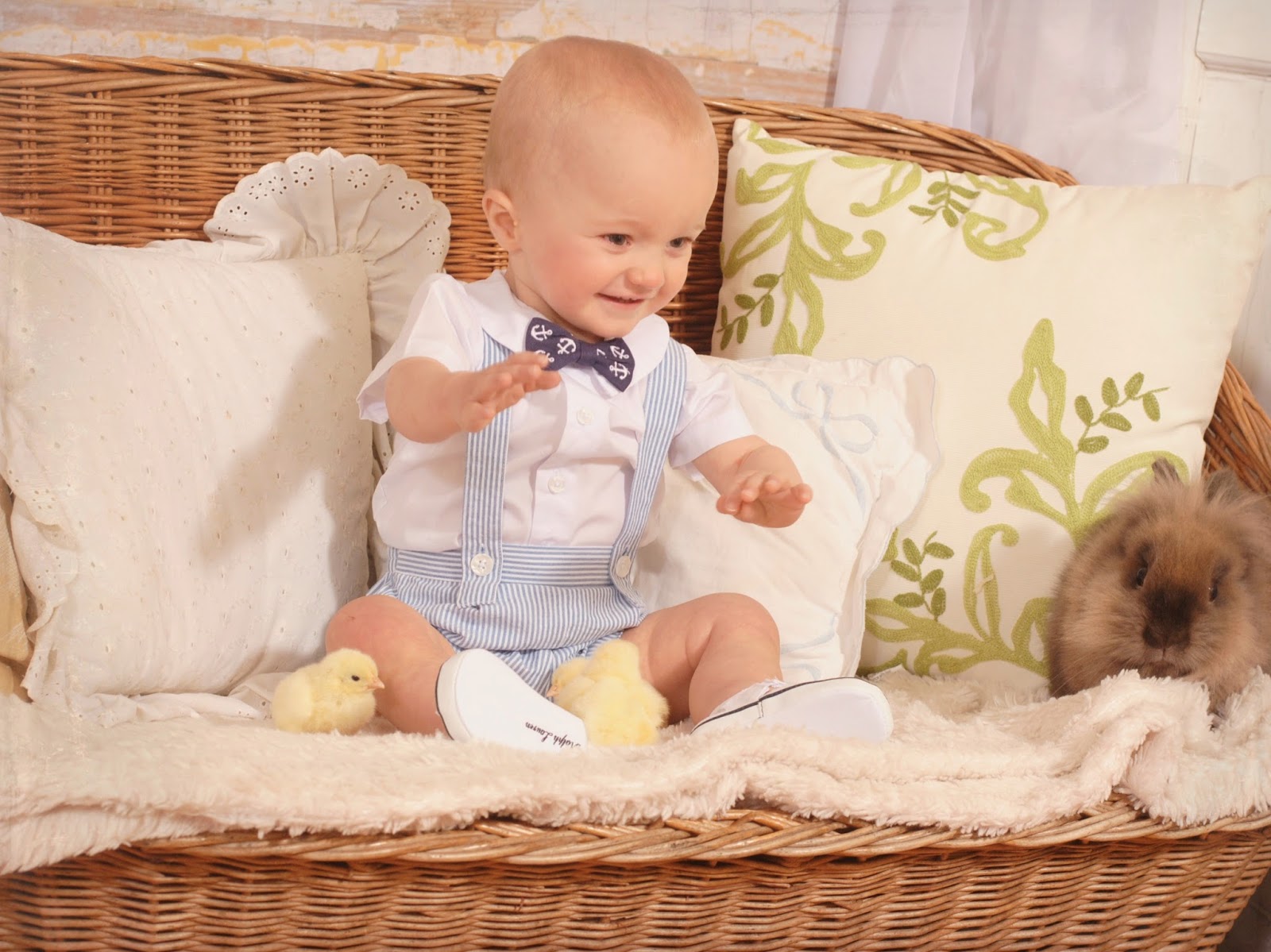 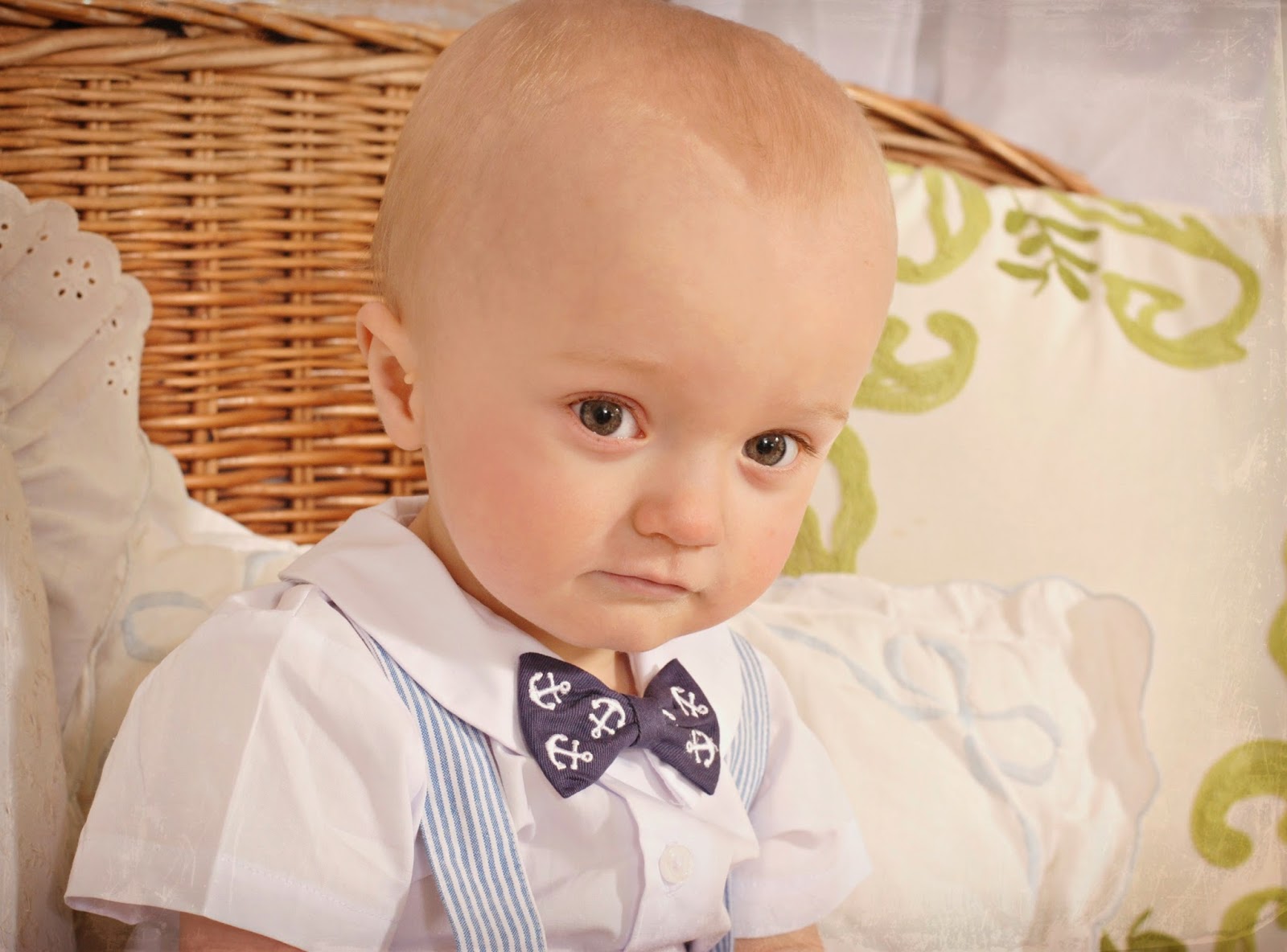 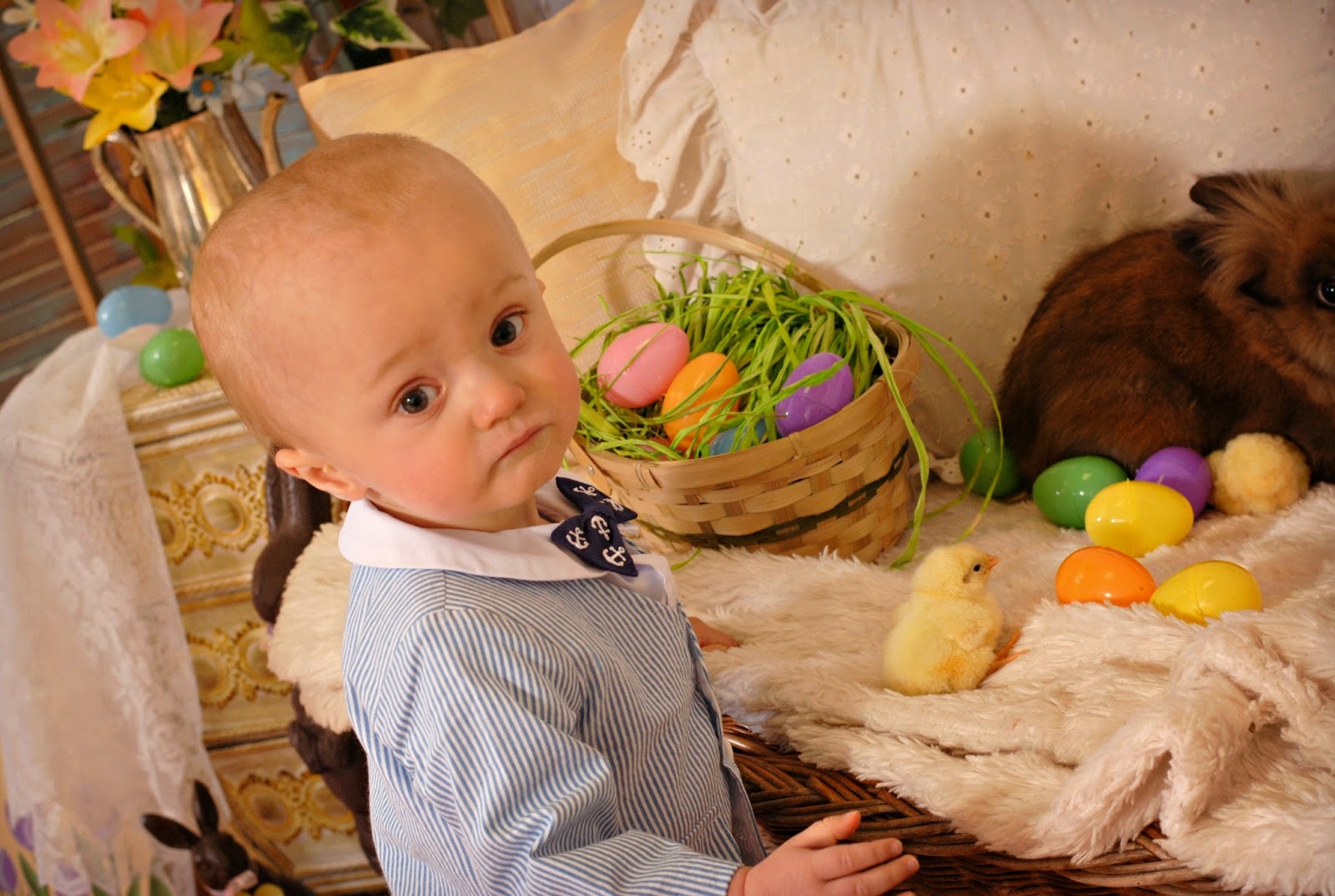 I started a new blog where I talk about Slade's diagnosis (although I kind of quit that too). Guess I need to start it back up! I will post a link to that blog here:
Posted by Unknown at 5:41 PM No comments:

Student teaching is over with and this is my last week of college... ever!!
That's right I said EVER!
(at least for now)
I am so exhausted from school... my brain hurts literally!
Finishing a four year degree in two and a half years seems ridiculous but remember:
Everything is possible!

I finished just in time too!
This is week 30 of pregnancy and we officially have 10 weeks left until we get to meet our sweet boy!
Since it has been a while since I have updated our blog I guess I should let you know that we have finished the nursery (except the curtains that were just finished recently).  It looks amazing!
We have been completely inspired to create things from pinterest.

My computer has a wonderful virus so I cannot upload the pictures at the moment but I plan on doing that soon! :) For now we are just updating to say hello, we are still here!!
& Slade will be here soon as well!
Posted by Unknown at 12:16 PM No comments:

My last update on baby was my first update and since then I have:
Finally gotten moved out of the apartment
Took a two week vacation to the beach, and now...
I am starting to finish the last little bit of unpacking that I have to do before student teaching begins next month!!

Well, I am exhausted and I am sure that I am due another vacation but maybe it is too soon to be thinking about that! :) 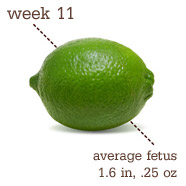 Last week was my first prenatal appointment and what a relief it was to see baby and hear his/her heartbeat. At the appointment, (I was 10 weeks 0 days) baby measured 9 weeks 5 days and had a fetal heart rate of 169.  He/she was kicking and moving all over the place.  I believe he/she would really like to come out and play with everyone but of course not yet!! Dadddy couldn't come to the appointment but we did get to video the ultrasound which he very much enjoyed watching the baby move and listening to the heartbeat.  I believe it was a shock to him how much our 10 week baby looked so grown... it was a shock to me as well.  I wasn't expecting to see so much!


Since everyone wants to know what I look like...
Well, I look exactly the same except it looks like I swallowed a little debbie cake without chewing that is sitting in between my hip bones.  Other than that, I look the same.

Of course we are not finished unpacking or packing for that matter.  While choosing a baby room, since we have two to choose from, we chose the small room.  This room was perfectly made for a baby.  It is just the right size!! 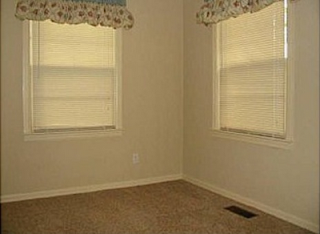 This is the before picture.
I downloaded a picture of what it looked like now but...
I didn't figure you would want to look at all our unpacked boxes.

I cannot wait!! Hopefully by the time I get home, Shannon will bring all of the left over boxes from the apartment to the house so we can be completely moved in.  I am so ready to have our name off of the apartment!! That would make me so, so, so, happy.  If only I could pick up all of the boxes myself... but I can't.

Speaking of new house, I will be posting pictures probably whenever I get back from the beach and I have everything unpacked. Of course, when I get back home I will be excited to go to the baby doctor!! :)
We can't wait to see our little nugget and I know a lot of other people who can't wait to see him/her either.

Just the Three of Us!!

Well I haven't been able to blog here lately but like always there is a good reason.
We bought a new house at the beginning of May.
I had surgery the second week of May which had me on the couch recovering.
The third week of May I became sick (and have been sick since) with a cold.
Of course our one year wedding anniversary was the fourth week.
We also got to move into the new house during that week/weekend.
Thank goodness for the help of our nephews, without them it would not be possible.
Packing boxes, driving back and forth between apartment and house, cleaning, painting, etc. Exhausting!!

Little did I know that during this busy time I was pregnant. :)
Depending on whether you go by the gestational age or the fertilization age I am either 7 weeks or 5 weeks.
Since the due date of Baby White will be February 5 (which means they are going by the gestational age) that is how I will keep up with his/her progress over the next couple of weeks/months.

We are extremely excited!!
For those of you who know us well know that we have been trying for this baby since September.
Only through prayer was this baby sent to us.

The day we found out I was pregnant we talked about what each of us were doing the night before.
My sweet husband says he prayed for this baby the night before.
I then became very emotional because I knew what I had done the previous night.
When my sweet husband came to bed he wanted to talk, I was of course reading my bible.
I told him I was reading and was almost at a stopping point but I had to finish this chapter.
I was reading 1 Samuel.
1 Samuel begins with the story of Hannah.
Hannah is married to Elkanah and is unable to give him a child.
Hannah prays to God for a child.
Eli (a priest) finds Hannah praying for a child and tells her that God would bless her...

The next day after some persuasion from a sweet friend of mine, I finally took a pregnancy test and it was POSITIVE!!!

Just to clear everything up, I am 7 weeks pregnant and our sweet baby is the size of a blueberry! 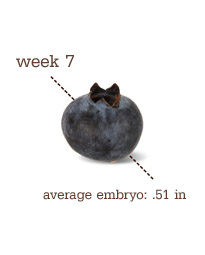 How precious!!
Like I have said already we are so excited!
We have three weeks until we go to the doctor for the first time.
Probably the most nervous I have ever been...

But until then, I will occupy myself with two weeks at the beach!! :)

Posted by Unknown at 5:05 PM No comments:

You want to know how packing is going??

Of course I would decide to start packing on finals week for the two classes that I am taking.  I keep trying to talk myself into working on the house but I do feel that keeping my awesome GPA is more important.  I mean, wouldn't you rather write curriculum's, do concept maps, and integrated units instead of packing?? Exactly my dilemma.  There is no plus side.

Is it time to eat supper yet?
Posted by Unknown at 3:37 PM No comments:

Today will mark the first day of our packing adventure.  And by "our packing adventure" I really mean.... I am about to pack everything in the house to prepare for moving day (which of course is where the men come in to help).  Oh the joys of being a woman at home.  If you remember it was a wee 10 months ago that I was doing this exact same thing except this time, hopefully it will be a more permanent move and I will not have to look at brown moving boxes for a while. This time, I think we will do things right and get rid of half of the things that we already own.

So, where do I start?  You guessed it, clothes.

In our current apartment we have two fairly large closets upstairs dedicated to clothes.  Two large closets that are packed full with two storage containers to place the "not so important" clothes.  Not only that, we have a large dresser that contains the rest.  Yes, I believe it is time to go through them and give to those who really need.  So, Week 1 will begin with me going through all of the clothes that we do not need and get rid of them.

Since I have attachment issues, I think I will start with the hubby's clothes.  :)

This is going to be a pretty lengthy task so I will just set myself that one goal for the week.  Anything else I get accomplished will just be me succeeding at this whole packing thing.  I'm seriously considering a career in packing/moving, I have really gotten good at it.  You would be good at it as well if you have moved four times in three years.

Yes, there are no pictures in this post. Sorry, I'm a boring red head with only words.

Posted by Unknown at 3:07 PM No comments:

We're On The Fence